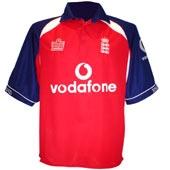 These are the questions that Welsh fans have been asking over the last few weeks with the 'England' team constantly in the news. Most Welshmen simply cannot support an England team. Why should they?

The Scottish team has qualified for the next Cricket World Cup and both Scotland and Ireland have their own national teams, but the Welsh have to play for 'England' which is an absolute disgrace.

Wales should split from the ECB and create the WCB with our own national side, even if it means that we can only compete at the second thier of international cricket to begin with.

If you support our call that we in Wales should have our own National team, like Scotland and Ireland, please lobby the following. Post any replies on this website by using the 'comments' tab.

'These are the questions Welsh fans have been asking?'

I think you'll find more have been asking the following:

How can Warne be so fat and yet so good?

And those who have found an enthusiasm for cricket having ignored it for years when England did bugger-all are asking:

"Who is this Grrr-ain't Jones and is he related to England's wicket-keeper?"