'Better Governance for Wales' is an insult! 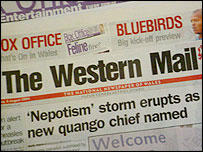 Another superb article appeared yesterday in the Western Mail, this time by Martin Shipton, under the title 'Wales has less law rights than channel island.'

He compares the powers of the National Assembly with the powers of Alderney, the third biggest of the Channel Islands with a tiny population of just 2,400 people.

Martin Shipton attacks the Brit Nat Labour Party's proposals in 'Better Governance for Wales', and claims that: "the National Assembly will remain a second class body entirely at the whim of Westminster."

He quotes Neil Adsett, an Australian constitutional lawyer, who dismisses Brit Nat Peter Hain's proposals: "They are a nonsense and won't work. Why don't they just give Wales the legislative powers it needs?... Wales should be looking to get a similar deal to Scotland." 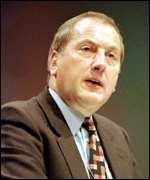 Martin Shipton also quotes Ron Davies, a strong critic of the Brit Nat Labour Party's proposals for Wales: "What we are seeing in Wales is a Government in Westminster unwilling to let go of the policy agenda and instead creating a Heath Robinson, ramshackle device for delaying, obscuring and disguising the fact that it still wants to cling on to political control."

He finishes his piece by urging the people of Wales to contact the Wales Office to respond to the 'insult' that is the White Paper 'Better Governance for Wales.' We obviously support his call, and thank him for a wonderful article.

"If you believe that the current proposals fail to put right a substantial insult to Wales, we urge you to tell the Government so. Responses to the White Paper must be made by September 16 to Zenny Saunders, Wales Office, Gwydyr House, Whitehall, London SW1A 2ER or by email to wales.office@wales.gsi.gov.uk"