British Labour in Wales members will no doubt be tut-tutting Norman 'on yer bike' Tebbit's comments about multiculturalism. 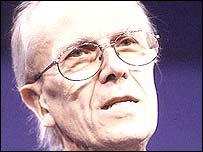 Much of what Tebbit had to say was plain stupid! Tebot's comments about Islam's inablility to invent or develop anything new in 500 years is historically dodgy and from his point of view, a political cul de sac (Christian civilisation didn't produce much in the first 1,000 odd years of its being - that's why it's called the 'Dark Ages' see).

His ramblings about gays verged on being homophobic and leaves one with a feeling of 'get over it'. However, his 'cricket test' comment made fifteen years ago and now revived will certainly agitate many on the left, but it has an element of truth. 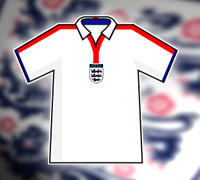 Seen as a simple rule of thumb to illustrate a situation, Tebbit's cricket comment makes a point - if rather bluntly - which I guess most English people agree with.

How very different though their attitude when one sees young English men who've moved into Gwynedd or Ceredigion parade their England shirts day in day out in a defiant badge of unwillingness to intergrate into Welsh life. What would old Tebot say about that?

The Brit Left are sensitive to the cricket test issue. They'll explain, with sympathy and understanding, why young Pakistanis support Pakistan and not England. It's a difficult situation for the young men. Many want to intergrate but don't want to 'betray' their parent's culture either.

BUT, change 'young Pakistani' for 'young Welshman' and their open mindedness is whacked for six. See, if you're a young Welshman and decide not to support England in cricket - then you're narrow-minded and xenophobic! Both left wing and right wing British nationalists can agree on that!

I see my fairly innocuous comments have been removed from this entry. Is that narrowminded as well?

We have not removed ANY comments from this blog. We do not have a record of anyone commenting on this thread before now.

You have, however, commented a few times on the 'British Nationalists letters to the Western Mail' thread.

Will we be seeing an apology in this thread?

Peter Black said...
This comment has been removed by a blog administrator.
6:00 am

You are right of course. I apologise. I was obviously mixing up entries last night.