Labours' Jobs for the Boys?

A Political row has erupted over the appointment of a former Labour MP to a top health job. And memos reveal that Assembly officials wanted the news kept under wraps after the Gazette sought confirmation of the controversial appointment. 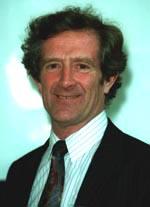 Plaid has accused the Welsh Assembly Government of providing "jobs for the boys" by selecting former Bridgend MP Win Griffiths as chairman of the Bro Morgannwg NHS Trust.

The role carries a salary of £39,000 for 14 days work a month. Plaid Cymru used the Freedom of Information Act to investigate the background to the appointment, which was first revealed in a letter dated January 28 from health minister Dr Brian Gibbons to retiring trust chairman Russell Hopkins.

This informed Mr Hopkins that his successor would be Mr Griffiths, who would take up the appointment from June 1 - after the May general election. The rules forbid the chairmen of health trusts to be actively involved in politics.

The Gazette found out about the appointment that week and contacted the Welsh Assembly Press Office on February 2 asking for confirmation. This prompted a flurry of e-mails between officials. One from Della Martin, of the public appointments branch, NHS Wales, said:

"We do not want the Glamorgan Gazette to run this article at all... Stephen Redmond (another official) wants to say that we have no comment to make."

But later that day, a decision was taken to release a press statement about the appointment. Plaid Cymru AM Dr Dai Lloyd accused Labour of using the appointment process to install its friends into well paid positions.

"Four people were originally shortlisted for the post but three of these withdrew. The Assembly then headhunted additional candidates."

Mr Griffiths has confirmed to the Gazette that he was invited to apply for the post. Dr Lloyd went on:

"The information we have now seems to indicate that the Labour Government went out of their way to appoint Win Griffiths. Is taxpayers' money being used to reward party political associations? The entire public appointment system risks being brought into disrepute. There should be an investigation."