Welsh Lib Dems under fire for not attending anti-racism rally.

A leaked e-mail from a Welsh Lib Dem party worker revealed Cardiff Central MP Jenny Willott and Jenny Randerson AM were advised by police not to go to an anti-racism rally outside Cardiff's City Hall due to 'security reasons'. 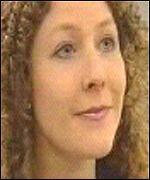 They hadn't had a chance to talk to the organisers about putting things in place and were concerned because of the backlash against the Muslim community. There was a concern not enough security arrangements were in place.

It was general advice we decided to follow. The police are doing a really good job at the moment and we wanted to do whatever they were advising us to do.

There was no advice of this sort given out to anybody and it would not have been our role to advise people not to attend.

The rally was a very useful way of demonstrating our opposition to the rise in race-related attacks across the country. I was very proud to be able to speak at the event... all parties should have taken part.

Your article “Plaid Criticises absent Lib Dems” (12th August) does not give the full picture of the views of the police on the anti-racism rally. Liberal Democrat Deputy Leader of the council, Judith Woodman, consulted Superintendent Josh Jones, when it became clear to us that many members of the Muslim community had severe misgivings about the wisdom of holding such an event at this time. On our visits to local Mosques following the London bombings, Jenny Willott and I were told by local Muslims that they had not been involved in the planning of the rally and had serious concerns that although well-intended, it could provoke even more difficulties for their community. They are already suffering abuse and attacks, fearing in particular for the safety of women and Children. Cllr Woodman therefore contacted Superintendent Jones, who has overall responsibility for such matters in the South Wales Police force. He expressed his own misgivings, in particular about the lack of forward planning for the event. In the light of his views and the views of local Muslims whom the rally was designed to support and assist, we decided not to attend. Instead we have concentrated our efforts on smaller meetings in local Mosques offering practical support and assistance to the community.