British Nationalist Parties, they're all the same!

We all know from bitter experience that many products don’t do what they say on the label. The people of Swansea last year found out that the same holds for the Lib Dems. 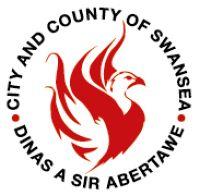 The British Nationalist Lib Dems in Swansea posed as anti-war and to the left of Brit Nat Labour, but went into coalition with the Brit Nat Tories straight after the County Council elections. The Lib Dems and Tories obviously had plenty of common ground.

Well according to the South Wales Evening Post it seems that the bubble has finally burst in Swansea with Councillors leaving the ruling coalition left right and centre. The latest is Independent Councillor Ray Welsby, who has allegedly told the so-called LIC super group - Liberal Democrat, Independent and Conservative members of the coalition - that he plans to pull out of the ruling administration because of their right wing policies.

"I believe we should keep social housing within local government... I will never go along with getting rid of council houses."

Did the people of Swansea realise that a vote for the Lib Dems was also a vote for the Tories and their right wing policies? To be fair, they don't have much choice, the main opposition group is New Labour!

The accuracy of your reporting is about the same standard as The Sun. Firstly, no Councillor has left the Swansea Administration (thus the nonsense you wrote "Councillors leaving the ruling coalition left right and centre"). In fact since the coalition was formed one Councillor defected to it - from Plaid Cymru!!! Ray Welsby has indicated that he is thinking of leaving the group but so far remains in it.

Furthermore, If you read this you will see that Ray Welsby has twice supported going putting stock transfer to a ballot in Swansea. This is, of course not privatisation, as the outcome of a yes vote is that the houses remain in the public sector, albeit with an organisation which has greater borrowing powers. Plaid Cymru will know this as they have also supported stock transfer ballots on Councils they run.

Ray Welsby is considered by many to actually be on the right wing in terms of the rest of the Administration. As for going in with Tories well Plaid did so in Bridgend so you should know all about that and how such school boy generalisations have nothing to do with the reality on the ground in terms of delivering services etc.

If our blog is similar to the Sun, we would expect your right wing administratiion to love it!

It is easy to throw stones, where is your substance?

Are you seriously trying to suggest that the Conservatives in swansea are, somehow, completely different to your average right wing Tory? Give us a break!

If privatizing the homes of, very often, the most vunerable people in our society is not a right wing policy, I don't know what is.

Now you are showing your ignorance. Nobody is proposing to privatise homes. Stock transfer involves transferring homes to a housing association. This is a public body, funded by public money and regulated (rather more tightly than a local Council) by the Welsh Assembly Government. As Swansea is proposing a community mutual then it will be owned and run by tenants. An improvement on the present situation.

By the way your characterisation of Ray Welsby as leftwing does not stand up to much scrutiny. This is a man who once informed colleagues that he wanted to see public hangings brought back.

Housing Associations are partly funded by government grants and rents, they also raise cash from banks and other private sector sources via the Housing Corporation.

This is a very dangerous road to take. It may seem like a good idea in the short term, but in the long term there could be major problems for the people of Swansea.

We should keep the housing stock under the control of the elected local representatives (even if their Brit Nats) instead, Swansea Lib Dems and Tory councillors have chosen privatisation by the back door!

Now you really are showing your ignorance. Where do you think that Swansea Council borrows the money it needs for its capital programme? From banks! Your argument does not hold up to scrutiny. I should also point out that the policy of stock transfer is being promoted by a Labour Government. The Tories on Swansea Council have very few ideological hang-ups.