Brit Nat AM Irene James - Islwyn - has got herself into hot water for allegedly giving mis-leading academic qualifications to the Assembly Parliamentary Service. Her biography on the National Assembly of Wales' website states, 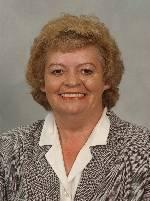 'Born in 1952, and was first elected to the Assembly on May 1 2003. She lives in Cwmcarn, Islwyn. Educated at West London University, she is a special needs teacher at Risca Primary School. Agent to Don Touhig MP at last general election. Main interests are jobs, education and health.'

But a spokeswoman for the Assembly Parliamentary Service said,

'The information on the website was provided by AMs themselves.'

British Nationalist Labour AMs that deliberately falsify their academic prowess for electoral advantage, should be exposed and sacked.