Recent events within the Wales Labour Party have got us thinking that we should change the name of this blog. A large segment of the Labour party in Wales aren't British nationalists at all... they're Englandandwales nationalists. 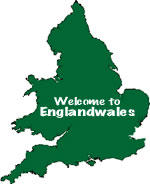 You know, you've heard of Serbia and Montenegro, you've read about President Lukashenka wanting his country – Belarus – to join with mother Russia, well, welcome to Englandandwales. Is it a nation, is it a bird, is it a flag of convenience, what is it? Moreover, it seems that the Labour Party in Wales doesn't even have a coherent philosophy for Wales let alone a long-term policy.

This came startlingly obvious during the debate this week about the reorganisation of the police forces in Wales. Peter Hain, Northern Ireland and part-time Wales Secretary announced that the existing four police services should be amalgamated and brought under London control. Others within the party want the forces to stay as they are and brought under Assembly control (as are the ambulance and fire service). One could also make a viable case for creating a national service (Wales isn't a very big country after all, as we're constantly reminded) with accountability then also decentralised lower down to say county level. These are all policies that Brit-Nat-Watch will leave to others to discuss.

However, what concerned us was hearing the comments of Wayne David MP (the former MEP and the man that lost the Rhondda in 1999) on Sunday's Waterside. David was arguing that the police should stay under London control, because, erm, well, we're under the same legal system, unlike Scotland (or, Northern Ireland or the Isle of Man or the Channel Islands). David may recall that we also had our own highly developed legal system until it was abolished during the colonial Act of Union in 1536 and 42 when we became, and still are, a part of the 'Realm of England'. A situation he seems happy to keep.

What kind of a Welshman wouldn't want the Assembly to control the police force of his country? Would a police force controlled by Cardiff be so stupid as not to cooperate closely with its English and international colleagues?

We use this debate as an example, because it's part of a growing movement within Labour MPs in Wales, with a few notable exceptions, they just want to keep everything in London. What is it? Are Welsh Labour MPs afraid that if more power goes to Cardiff, that people will suddenly start to question why we are sending a bunch of chinless wonders to enjoy the best club in London (whilst, no doubt, telling their constituents, a la Nye Bevan, how they hate the big city).

Or, do they think so little of their own party members, and AMs who govern the Assembly, that they don't trust them to look after their children's education, the health service or police force (as one Labour member alluded to me)? Or is there actually some latent internalised colonialism and self-hate beneath the whole thing in that Wales, or anything from Wales, is by definition useless or second-class to anything from London?

Or is it simpler than that? Had David been elected as Rhondda AM in 1999, and was now an Assembly (and possibly cabinet) member, would he be advocating that the Assembly should have control over the police? It seems that they just want power and a job, and bugger any philosophy or political agenda!

Another excellent article. Keep it up.

I actually liked that one