Amazing thing British nationalism, especially the kind fought over by the likes of former Blaenau Gwent MP (or Blaenaw Gwent as they say on the BBC). 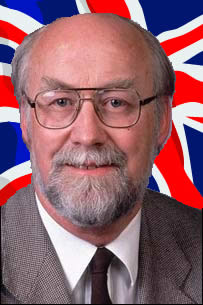 Llew's recent letter in the Western Mail attacking Brown's support for a new generation of Trident nuclear weapons just shows how blind that British nationalism is. Nuclear power is one debate, nuclear weapons is another.

Llew - there will never be a nuclear weapons free UK because that will mean surrendering the whole point of the UK. How deep is your British nationalism? I know you preferred having Margaret Thatcher rule Wales than Devolution in 1979, so now I presume that you'd rather have nuclear warheads than a self-governing Wales?

Smith's most basic principle it seems isn't 'socialism' or 'peace' or 'equality', it's British nationalism and a blind adherence to the British state. My country, right or wrong, eh Llew?