The Right are on the ball!

Interesting article by Matthew Parris in The Times, which just goes to show that the understanding of the massive change in opinion that is going on in the UK (especially in England) regarding 'Britishness' comes from the right wing and not the British nationalists of the left. 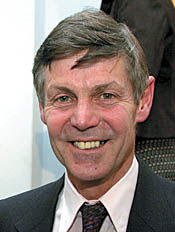 In fact I'm surprised that many of those who are on the right and live in Wales are hostile to Welsh independence. Leaving aside their emotional attachment to Britishness, Welsh independence would free up Wales as much as free it.

An independent Wales would have to make the economy work or the government would sink - no more Brit Nat dependence culture and 'daddy London will bail us out'. No more bribes and boring class jingoism. No, as someone commented on the Wales World Nation blog, the Welsh political class would have to learn to swim and leave the rhetoric behind.

An independent Wales would be the difference between the whinging Ossi of East Germany and the confident Estonian. Two former communist states, but one is tied in with a richer brother and playing the politics of hand-outs, while the other is independent and has had to sort out its own economy - on it own terms - and has been far more successful.

In a global economy and with no threat from France or Germany, there simply is no point to the UK, France nor Spain. There's nothing they can do which Wales, Scotland, Brittany or Catalonia couldn't. It's time the Brit Nats were less emotional about lines on maps and smelt the coffee.