French establishment as hypocritical as ever!

The French, who have effectively banned the Breton language, are happy enough to support independence for Quebec. 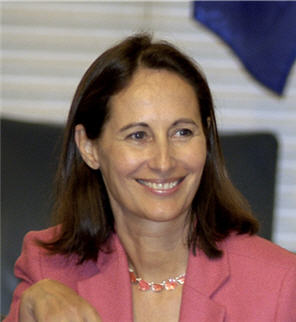 France, you'll remember, won't even sign (the rather useless) European Charter for Regional or Minority Languages because their 'constitution' makes French the only official language of the state - yes, and Breton is going to take over France, right!

I'm all for an independent Quebec. No offence to Canada, but I can't take a state with a two thousand mile long border which is in a totally straight line, seriously. If the Canadians are so keen on 'multi-ethnic states' and 'people living together' then maybe they should join the USA. Of course they won't (and they shouldn't) but they're ready enough to call Quebec nationalists 'separatists' for wanting to leave a state which was only founded in 1867.

Experiencing the cultural difficulties on a sejour in Alsace, I believe that one major problem for dialects in general is the "fear of division" that speaking a different language creates in a country. I do not believe that Brittany should necessarily cede from France. A region such as Brittany has existed as a part of France for centuries and undoubtedly the Bretons called themselves "French people", even when they were permitted to speak their own language. However, it is clear that Brittany should, like in every other nation under the support of the Charter for Minority languages, be supported in its individual culture and language. The inability to allow such support by the French government only seems indicative of an oppresive and dominating attitude that ought to have been left behind in the Dark Ages. One would hope that, living in the post-modern era, such tactics of cultural annihilation would not be in place.