If anyone deserves a state funeral with draped flag on the coffin and piper to lead the procession (which will be hundreds strong) then Ray Gravell is that man. 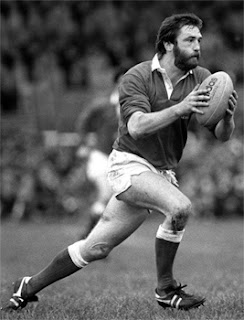 His untimely death is truly a sad day for Wales. His humanity, humility and undying passion for the Welsh language and Wales was an inspiration to thousands.

His unflinching belief in Wales and the Welsh language was so very different to the grey, servile, sycophantic tradition, which permeates through parts of Welsh rugby.

If the WRU has any self-respect for Wales as a nation and one of Wales and Welsh rugby's best ambassadors then the forthcoming game (and all future matches) between Wales and South Africa will be re-named "Cwpan Ray Gravell".

This, surely, is the chance for the WRU to show their true colour - ditch the cringe, sycophantic Prince William Cup, forget about their little OBE's and knighthoods, and remember and celebrate the life of a man who gave so much to Welsh rugby and Welsh life and was a better Ambassador for Wales than Prince William will ever be - the Prince William Cup is an affront to us as a nation.

Ray Gravell was a man for us to be proud of.

Pay your Tribute to Ray Gravell:
On the BBC News Website
On the BBC Five Live Website