What's the point of Belgium?

Over 150 days without a central government (there are another 5 or 6 levels of government depending where you live) and Belgium still stutters on. 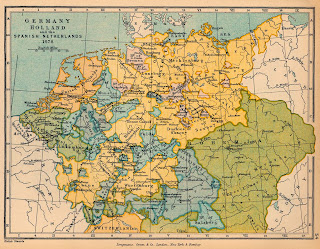 Quite a balanced piece in the Guardian on Tuesday by Jon Henley. Although it fails to ask how would the British Nats (yes, the Labour government) react if, say, the commuter belt of London became French-speaking because French people couldn't be arsed to learn English?
Forget the usual bunk about 'diversity'. The Brit Nats supported the Falklands War because they weren't ready to see a part of British territory change from being an English-speaking community to being a Spanish one... and, yes, that it the bottom line in yet another British 'ethnic' war.

There are no millions dead on the account of Flemish nationalism - unlike British nationalism! Flemings are no more (probably even less) nationalistic than your average Brit Nat Labour voter or Minister.
The Wallon minister in the piece, Pique, says that the demise of Belgium would be 'a victory for selfishness' - yes he's right, the selfishness of French-speakers to think they musn't stoop so low as to learn Dutch if they live in Flanders.
Henley comes out with the usual line at the end of the piece about the Belgians may 'be missing their country'. But Belgium isn't a country, it's a state. How many people miss states? - how many Czechs or Slovaks 'miss' Czechoslovakia and apart from Russian nationalists, how many 'miss' the USSR?

Yet again, yesterday the guardian showed its BtiNat spots through Simon Jenkins ( for shame, he is Welsh), who referred repeatedly to the English Soccer team as the National team.
http://football.guardian.co.uk/comment/story/0,,2212136,00.html"
I have written repeatedly to the reader's editor at the guardian asking that a distinction should me mabde between british and English, as yet to no avail.

Perhaps you could do the same.

As a British Nationalist WATCH blog I suggest you keep an eye on a local blog named Llanelli Journal run by an avowed BritNat name Ryan.

On the contrary, there is still a significant number of people who consider themselves British with our shared values.

Thus, the United Kingdom is a country. That's disregarding that state and country are synonymous...

State and country synonymous? Don't be ridiculous. The United States ( a country) is a federation of autonomous States. Britain, as a geographical term, would still exist regardless of the political arrangements between it's component nations, just as Scandinavia exists, with it's own shared values, despited its component states being independent.

Fortunately it is a good posting. I like it. It's pretty much impressive.
Bathmate

I think the best way to leave knowledge through the blog, is this one. The article wasn't bad enough and you know that. Viagra Online

You do realize that Flemish Nationalism chose the side of Germany in both WWI and WWII, that the Belgians weren't stupid, in every unit there were bilingual soldiers who were picked out,positioned next to the commanding officer to translate his commands and thus all these deaths the Flemish Movement mourns not even thousand of them were killed because they didn't understand the commands.
Five or six levels of government is nonsense, there are only 4 no matter where you live.
There is no Belgian language but Flemish and Walloon share more culture and shared history then say Scottish and English.
The wide linguistic rights were meant to be abolished after French was replaced by Dutch.
Flemish Separatism (not even 20% of the Flemish population, they just tend to scream louder then everyone else) don't realise that their independent rich and small nation is an utopia, that without Belgium will stay an utopia.
In the end Belgium has more reasons to continue exist then to die.