There's talk that there’ll bea referendum on more powers to the Assembly in 2011. But what happens if the SNP win the election in Scotland next month, hold a referendum on independence in 2010 and win it? What then? 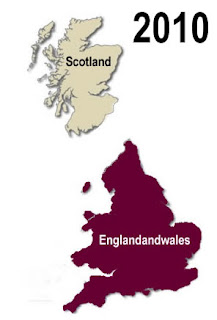 In any case, isn't it time we all - irrespective of our party political views - started discussing this scenario? Will we be left, like our cricket team, as part of Englandandwales because (as Mrs Davies Burry Port says) Wales would be using donkey and cart without England?

Or will our Brit Nat AM's in the Labour, Conservative and LibDem parties finally smell the coffee and see the games is up and that it is time for Wales to be a full nation-state?

WE English are with you all the way.
Each Country to be totally independent, England out of Europe and then we can negotiate our national relationships.

Independence for Cornwall sounds OK provided you also support the return of our 400sq Miles and half a million of our nationals from Monmouthshire.

I think its about time we in Wales had a cross party debate about the future of Welsh independence. It has to be based in reality and rise above political point scoring.,..

Just to let you know about a new Cornish nationalist blog and forum that would be happy to have a little Welsh input.

This is Not England: http://thisisnotengland.co.uk/

Monmouthshire is factually and indisputedly a part of Wales.
It is part of the region of Gwent.
My grandfather was from Pontypool, in Monmouthshire, and he was a Welshman through and through.
Years ago, it was detached from Wales on certain maps, in a stealthy attempt to claim that it was part of England.