The trouble with British Nationalists like Chris Bryant and Don Touhig is their obsession with language and identity. They waste valuable time discussing these issues instead of important things like schools and hospitals. 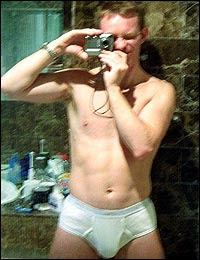 Yes, I'm still laughing at Bryant when I think about his 'train-station announcements in Welsh' flap. I mean, he's lived in Wales a few years now and is still too stupid to understand that Caerdydd is Cardiff - for f***s sake. I was in Munich once, and was on the station all of ten minutes, enough time to work out that München was, erm, Munich.

There's two points. People who live in Wales should know some bloody Welsh - or is it just English that people need to learn Chris? And secondly, if you are a tourist, well, then you're a tourist. That means your visit to a country is transient. It's a good idea for the host country to make some effort to accommodate travellers in a language they understand (English for example - which bilingual announcements do, that's two languages Chris bach) but do tourists have the right to demote the host language? I may think Hungarian is a bloody difficult language, but when in Budapest, tough luck. Tourism isn't an excuse for colonialism.

Of course Bryant bach would point out that the majority of his constituents don't speak Welsh. Fine, when trains came to Wales the majority of the people of Wales didn't speak English either but did Bryant (or the Labour movement) complain then of 'health and safety' and of the rights of Welsh-speakers? Did they hell? All announcements were in English only and the effect was that Welsh-speakers were told that Welsh was an inferior language.

Bilingual train announcements with Welsh first go a small step towards reclaiming some status for the Welsh language and yes, it forces some people for a few seconds, to learn (or just put up with if they're stupid/arrogant) a few words of Welsh. We either have a country where one part of Wales is exclusively Welsh-speaking (the old Adfer option) or the whole country becomes truly bilingual.

Labour rejected Adfer's proposals (racists, separatist - the usual cliches) but they're yet to understand the meaning of bilingualism. Bilingualism doesn't mean two languages for Welsh-speakers, one for English-speakers, it means over a period of years all, or the majority of people in Wales, will have an understanding of both languages. Bryant has a problem with this 'cos he believes in linguistic purity - his god-given right, never, ever, to have to learn a few words of a peasant sheep-shagging language like Welsh.

"Britishness...is a political synonym for Englishness which extends English culture over the Scots, the Welsh, and the Irish" - Gwynfor Evans

We need to celebrate Glyndwr Day Sept. 15th, and give it prominence. I will do this on my blog and suggest others do the same, in a concerted effort.

Chris Bryant is the biggest pompous ASS I have ever had the misfortune of meeting! Quote "Crime is an acceptable statistic" Who-ever votes for this idiot has to be mentally challenged!