'We Were Wrong' - Labour

Yes, Labour finally admit they were wrong about the whole 'nationalism is Nazism' crap we Welsh nationalists have had to put up with since, well, since before Nazism was even invented! 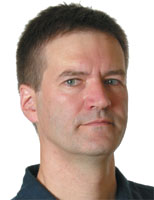 Labour thinkers finally come out of the closet and admit that nationalism can be a good thing. Shock horror! The article that comes clean is one by David Goodhart, author of Progressive Nationalism: Citizenship and the Left, published by Demos and featured in the Guardian.

There's a typical Labour caveat, 'progressive nationalism', just in case we thought Labour was for ethnic cleansing and genocide - which it isn't of course, but this doesn't stop them implying that Welsh nationalists are.

We're glad that the Labour Party is discussing this. We'll be very glad (and surprised) when we see Labour include Plaid Cymru as being 'progressive nationalists' - we don't hold our breath - their whole being in Wales depends on being anti-Welsh nationalist and so can't give any credibility to it's position.

Of course, Labour being Labour, are still talking about British Nationalism. If Britain is a nation, what are Wales, England, and Scotland, and what is Cornwall? Is Britain some 'uber-nation' maybe?

There's the usual patronising stuff too about members of ethnic minorities feeling safer with British as opposed to English nationalism - which is both insulting to the ethnic minorities who'll be supporting England in the forthcoming World Cup and an insult to white English people by implying they're incapable or unwilling (i.e. racist) to creating an English civic/progressive nationalism.

Goodhart - welcome to the club, you've realised nationalism is a more respectable being than patriotism because nationalism is built on a political theory which is to create a vehicle for a defined political means. Patriotism is emotion - a dangerous emotion that can be used by politicians.

Where Goodhart's thesis falls down is with his turgid adherence to British nationalism. The English are disengaging from Britain it will soon be a minority sport supported by the Brit Nat left wing and the egos of politicians.

Goodhart, forget Britian and do something exciting and honest - go create a vibrant civic left wing English nationalism. Now that WOULD be revolutionary.

An interestng post. Can you tell me what "Welsh cultural, political and economic priorities" are in practice?

Toque said...
This comment has been removed by a blog administrator.
10:52 am

I've just vented my spleen on this very subject.

To quickly try to answer your question Normal Mouth...

The cultural, political and economic priorities are the well-being of Welsh citizens (of what ever background) and the creation of a state (the first in centuries) that will have as a priority not only the pursuit of economic success for the material importance, but as a bed-rock to sustain and develop the Welsh language and Welsh culture in both Welsh and English.

Its economic priorities wouldn't be that of the City in London or either that of South East Wales, but a dispersal of wealth across the country. Wales with its decent sized population over a relatively speaking large land-mass is in an excellent position to take advantage of the challenges facing the C21 - how to create an economic unit which is open to world trade but which is also small enough to be able to adapt and which is ecologically as well as economically viable - a fact which many larger or more densely populated states aren't.

Wales's natural recourses (water, wind, tidal power etc) and it's people puts Wales in an excellent position for economic and ecological well-being in the C21. That well-being will nourish our language and culture.

Independence is a necessity for this to happen. It will call for economic restructuring but that will be a restructuring on our terms - not like Thatcherism of the 1980s or the adherence to the Gold Standard in the 1930.

You've got to learn to swim some time in your life, and learning to swim, independence, will bring out the best in Welsh economic and cultural life.

This is very broad. For more details - read anything by Dr DJ Davies who wrote in the 1930s and 40s and see how much of it was right and also stuff by the late Prof Phil Williams.

It's time Plaid Cymru spoke less about Iraq and started making the case for independence too. If independence was such a bad idea, why are there 10 or so more independent countries in Europe today than there were 15 years ago?

And why isn't there a single party in the Irish parliament which advocates rejoining the UK?

Thanks for your interest.