Bizarre is the only word

Rhys Williams, Labour PPC Carmarthen East and Dinefwr, has decided to write an article for Welsh language monthly, Barn, saying that although he likes individual Welsh-speakers he doesn't like the Welsh speaking community. Moreover, despite his back-tracking on Radio Wales, he accuses Welsh-speakers of being elitist and trying to cut people out. 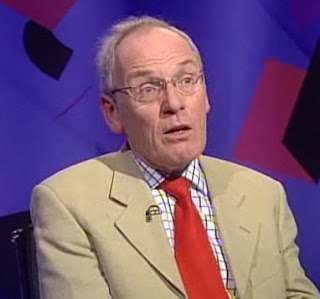 One can only guess that this 'elitism' or 'cutting people out' is the insistence of Welsh speakers to, erm, speak Welsh in Wales and not to turn to English, or turn all their clubs and societies into English whenever a non-Welsh speaker comes close to the radar. If Williams knew Welsh speaking society as well as he should, he'd know that it's usually the other way round; Welsh societies, clubs, social networks turning to English ... not the English turning to Welsh.

He goes on, as evidence, to sight Gwynfor Evans's experience when he arrived at Aberystywth university in the 1930s (as described in Rhys Evans's book on Gwynfor, which is now available in English).

Evans, a native of Barry who'd lost his Welsh (because of the socio-political-cultural climate of Barry at the time - i.e. it wasn't cool nor kosher to speak Welsh) was keen to relearn the language. However, a native Welsh-speaker from Bala who was to be his mentor, couldn't be bothered and refused to speak Welsh to Evans. Rhys Williams thinks this is hilarious. Other Welsh-speakers think it's rather sad... and I'd imagine many speakers of other minority languages like Tibetan, Breton, Inuit who are all too familiar with language death would too.

So Rhys Williams celebrates the ignorant Bala boy for refusing to allow Gwynfor Evans to join Welsh language society (by making sure Evans' never become proficient in Welsh) but at the same time, Rhys Williams accuses Welsh speakers, or Welsh nationalists in particular, of acting like a clique and not allowing others to join their club! So, refusing to speak Welsh makes you enlightened, open and egalitarian; speaking Welsh makes you closed or elitist?!?

Well, it does make sense. The Labour party is just institutionally anti-Welsh. It just can't handle modern, secular, contemporary Welsh speaking society. It can only handle Welsh-speaking society which is stuck somewhere around 1955 - keeping Welsh to places which knows it's place - chapel and hearth. A Welshness which is serf-like in its embarrassment of its own sound.

Rhys obviously feels uncomfortable in Welsh-speaking company. He's tried to back-track on Radio Wales, but it's obvious from his original article that he believes Welsh-speakers are just being awkward.

We could follow Rhys's line of thought (well, maybe not, because it doesn't follow any logic) and get rid of all these 'closed' societies, mason like, institutionally anti-English as he says. That would be quite easy - you get rid of papurau bro, Welsh gigs, Welsh chapels, Welsh schools, Welsh clubs, Merched y Wawr, Welsh radio, Welsh television etc. And you'd have no more Welsh domains or Welsh 'masons' as Rhys says... you'd also have no Welsh language. And lets be honest, that's what Rhys is really suggesting, that's the end game.

Rhys, as a Labour party member, feels excluded from modern secular Welsh language society. That's a pity... but this is a conscious decision by the Welsh Labour movement not to engage in any meaningful way with Welsh-speaking society. Labour members were irrelevant to the formation of the papurau bro. Why? I don't know, a community-lead, not-for-profit newspaper should have been up Labour's 'socialist' street. But that would have meant doing stuff in Welsh and that would have meant engaging thoughtfully with the future of Welsh not just sniggering like a school boy because Welsh-speakers weren't passing Welsh on to their children.

Labour sees no problem in not passing Welsh on to children. They see no social, economical, cultural nor political reason for these micro, individual decisions. And because of that, they see no need to spend time preparing the papur bro, organising a Welsh language gig, running a Welsh language youth club, speaking Welsh to Welsh learners.

Labour is totally irrelevant to modern Welsh language society, because Labour have decided to be so. Labour have opted out of creating a Labour Welsh language society. That's why Labour's vote has collapsed in Welsh-speaking Wales. That's why I increasingly believe Labour will not be the biggest party in Wales following the next Assembly election. Welsh society, both Welsh-speaking and non-Welsh speaking have moved on, leaving Rhys Williams and the Labour party stuck somewhere in 1955.

Anti-Welsh language bigotry has lessened thankfully in these enlightened times but occasionally it does rear up its ugly head. This week we had two such cases first from Labour Cllr Ramesh Patel of Cardiff who compared Welsh language education to 'ethnic cleansing', yes you read it right, ethnic cleansing. I will not say much because he has been reported to the Police and rightly so for his inflammatory and disgraceful remarks in a public meeting. And secondly Rhys Williams Labour candidate for Dinefwr and Carmarthen East whom claimed all sorts of things in a paranoid and hysterical rant in an article under the headline 'Hating Welsh Speakers' – which says it all doesn’t it. I wonder what the reaction would have been if the headline was ‘Hating Polish speakers or Muslims’.

Could I be bothered, I asked myself, to answer some of the comments made by this pinhead. It’s so tedious to read an ignorant bigoted view of Welsh speakers in this day and age that it seemed easier to just ignore it. The language isn’t nor should it be a party political issue, to be used as a stick to hit your opponents with just as religion and skin colour shouldn’t be, so this does reflect poorly on the Labour Party if this person is the best they can find as a candidate for the constituency. To offend and insult the very people you are trying to appeal to is not only a huge own goal but so stupid it beggars belief.

Mr Williams must be overjoyed with all the attention he's had which was probably his aim, let’s face it before this he wasn’t even a household name in his own household. The truth is Cllr Patel and Mr Williams are really nothing more than pub bores with chips on their shoulders, big enough to been seen from space, ranting against the world. Tells us more about them and their mentality than anything else. But they are a small vocal minority which is, gladly, dying out. They’re on their own. They’ve been left behind. Maybe that’s what’s bothering them, that they are out of touch.

The sad thing all this has slightly overshadowed the real news that matters. The Welsh Government has put a Welsh language legislative order in place. So despite the two narrow-minded bigots above, this week has been a historic day for the Welsh language. "Diwrnod hanesyddol i'r iaith Gymraeg.”