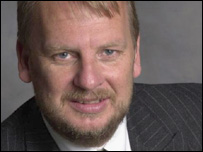 If Plaid Cymru Ministers are not willing to fully support the establishment of a Welsh language Daily Newspaper when in Government, what exactly was the point of voting them in? We wanted something different, not the same tired Labour policies!

Below is a copy of an email I received yesterday. I've signed the petition, and call on everyone else to do the same!

We call on you (Rhodri Glyn Thomas - Plaid Cymru) as minister to ensure that the government honours its clear promise to establish a Welsh language daily newspaper announced in One Wales.

"We will expand the funding and support for Welsh-medium magazines and newspapers, including the establishment of a Welsh-language daily newspaper."

We ask for a new statement from the government that sufficient funds will be set aside specifically to establish a national daily newspaper in the Welsh language.

Go ahead and make a news paper, but not with government funding, it's always the same money for the boys.

I was very concerned to hear the extremely anti-comments about the Byd proposal from some of the leading speakers at Plaid's recent conference in Newport.

Perhaps some of them don't like Ned Thomas (maybe he's too clever for them). Or maybe they are so blinded by computers that they fail to understand the continuing importance of the press.

Wales is in dreadful need of a stronger newspaper world to prevent us being stuffed and dragooned by English papers who care not a jot for Wales beyond soccer and rugby. Once some of those papers ran Welsh editions each day; it's hard to believe now that such a time ever existed !