I'm not convinced by the talk of a Plaid-Labour Coalition. I fail to see what Plaid gets out of it. 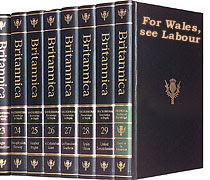 Labour gerrymander the constitution which makes it difficult for the Assembly to actually pass laws without some backwoodsmen Labour MPs supporting it. So rather than call Labour's bluff, Plaid AMs put their hands in the air and say, 'OK, you win. We'll let you keep the ball - it's your ball'.

Labour have run a red-neck anti-Welsh language campaign since 1999. Rhodri Morgan says a New Welsh Language Act is 'boring, boring, boring'. Labour run a whispering campaign against Welsh-medium schools in Cardiff. Labour supporters trash Cymuned sings in Gwynedd. Labour AMs accuse Dafydd Iwan of supporting white-flight when in fact it was the opposite. Labour still haven't brought out a coherent strategy for Welsh-medium education (despite their own targets in the field) ... and Plaid AMs want to do business with them? Tories change their tune, or at least make some effort, and hey, Plaid AMs don't want to know. Labour make f**k all effort and Plaid come running to them.

Labour go on and on about British Day, British that, British inclusive identity, new British Nationalism. Not one Brit Nat Labour MP attends the cross-party, apolitical annual St David's Day march - I mean, how anti-Welsh identity do you have to be not to attend a St David's Day parade? Tory and Lib Dem AMs turn up. Plaid AMs want to cwtch up to Labour.

I could go on, but you get the gist.

What is it with some Plaid AMs? Is there a deep Oedipal complex which means they really just want to be accepted by their 'left wing' butties in Labour and for Labour to say, 'it's OK now, mammy's here, we don't think Welsh nationalism is bad, you're right, we just misunderstood you. Lets all cwtch up, light up a candle hold a peace vigil and it will all be OK. It's OK now, we think you're nice people honestly now.'

For heavens sake. Grow up! Labour thinks every single one jack Plaid supporter is a quasi-fascist. There's no difference how many peace marches you go on, how many little children in Africa you save or how many Israeli oranges you won't by, Labour think you're fascists. Why do Plaid AMs want to be accepted by such a bunch of Brit Nat bigots? Who cares what Labour think?

There's a group within Plaid who think that Plaid are there to make Labour more Welsh. It's Plaid's job to help out the so called 'Welsh-wing' in Labour to move Labour along towards a more Welsh agenda. Can't they see that Labour are laughing at them?

If Plaid lead a Rainbow alliance it will make news across Europe. Not massive news, but some news. People will think, heck, a Welsh nationalist party running Wales - that's interesting, I thought Wales was just England. If Plaid go into Anschluss with Labour then it'll be no news; same as usual, Wales a non-country, for Wales see Labour, i.e. see England.

Some Plaid AMs want to give Labour a breath of life. It does make you think if these AMs actually have any confidence in Welsh nationalism and more importantly - what's the point of Plaid Cymru? Why join a party when you could join Labour, a party that will be in power for ever and 'is more Welsh' thanks to Plaid's policies?

I have posted a reply to this on my blog - it's a bit long to paste in here!

Just turn up at National council and vote out the red green non-sense:)

Sorry but your blog just isn't true. As Plaid has a left wing, Labour has a devolutionist wing. I know because I and many others are on it.

We are proud Welshmen who believe Wales is special and different. A communitarian people with compassionate values based on 2,000 years of history, We want more self determination to make it possible to deliver a social democractic caring society that is an exemplar for other countries.


We also believe that Plaid has made a massive contribution to the language and the forging of nationhood. We want to work with you not against you. We will not however under any circumstances work with the Tories. Even in Wales thay are on record as creationist, homophobic and anti equality. We recommend that Plaid looks to it values and join us. Our wing is in the ascendency.

The Tories have no place in the context of Welsh values. They stand for what we both stand against. Lets hope for red/green tomorrow.

Re: the apolitical St David's Day Parade in Cardiff - yeah, the Labour Party's absence on the parade stands out like a sore thumb. What is their problem?I was there this year. All the other parties were there - so was the Lord Mayor of Cardiff (a dyed in the wool Tory, bless him!)and representatives of various religious communities in Wales. I talked to one of the organisers after. From what she told me they've been bending over backwards to make sure the parade is non-political and truly inclusive. How pathologically anti-Welsh can you be? - not to turn up for an innoccuous St David's Day Parade alongside hundreds of cock-a-hoop, screaming school-children, many of them from immigrant communities.I'm baffled by their attitude. There's obviously been a decision made, high up in the party, to give the parade the cold shoulder. Wieirdos!